This is an experience shared by my dear friend Bal with me. Bal used to work for a steel plant in Eastern India. He is an excellent engineer with the hands-on style of working in those days. Once one goes up in the pyramid the hands-on style changes because there are so many more things to do.

Bal was in-charge of a particular plant; this plant handled some really tough work, so naturally, Bihari workmen were also rough and tough. On that specific day, an alarm bell started ringing in the plant indicating some danger. Some years back there was a major disaster in the same plant, with deaths. The sound must have hit alarm bell ringing in people’s mind about the previous accident.

Bal who was in a meeting and like many others rushed down to the shop floor. 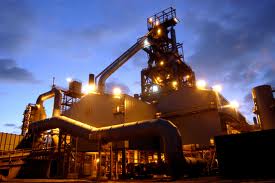 The shop was huge, and the problem area was on the opposite side of where Bal was standing. He made arrangements for people to vacate the area and requested for a group of volunteers to tackle the issue. The issue was significant leakage of steam and some gases from that area. A team of four people was formed led of course by Bal! They started moving towards the problem area; Bal had made sure that ALL were evacuated from the plant considering the danger.

They reached the area and started analysing the issue. It was a cramped area, so checking issues was really tough as one had to scrape thru small gaps and so on. The team analysed the problem in about half an hour and started taking action. Another half an hour later, by closing various valves and circuits, the danger zone was shut off! Everybody gave a sigh of relief and turned to come out of the cramped area. To their surprise they found four strong workmen standing just behind them. Bal and his team had not noticed them in the heat of the moment.

He was both surprised and angry. He asked them why they had not followed his instructions of vacating the area? Their answer was simple. They said, “Sir, you had put yourself in such a big danger we thought we must be near you all the time”. Bal asked them what were they going to do by being there? They said Sir it was simple. They said, ” Where else could we be?” They had decided that in case there was a blast or something as had happened previously, they were going to form a human cover around Bal so that they would absorb the first shock of the explosion!!

Friends draw your own conclusions about these rough and tough workers!! God bless there was no blast.

I am sharing with you individual reactions to a critical health event in an individuals life. I will not make any comments on the statements made by individuals but will only share with you! If any of your friends have an idea of why such reactions are different, please share with me. How does the human mind develop? Why the responses are from very positive to very negative? Is it dependent on the surroundings? The atmosphere at home? Friends? Experiences gained in life? How life has treated you?

Person 1 – Let God help you in quick recovery! The underlying tone of the e-mail, RIP!
Person 2 – How can an immaculate person like you get this illness?
Person 3 – (A medical doctor)- No direct communication but informed others that unwell individual has deficient immunity so please do not visit him. ( There was no such issue) Sick individual’s family had told others that because of hectic daily schedule (patient was being treated at home) all in the family were under the terrific workload and related stress!
Person 4 – How could you fall sick?
Person 5 – When this friend came to the meet the patient in the recovery phase, ” Oh, you look almost normal; I thought…. you would be…
Person 6 – There is no question that you will overcome this; I know the type of fighter you are!
Person 7 – I was shocked, and I was aghast!
Person 8 – I can’t imagine you giving rest to yourself ( of course Doctors are forcing you) but otherwise it is only another major event for you
Person 9- Couple of friends amongst each other on a successful project recently successfully completed by my friend’s team; why not let’s get together and have our party. Ok, he may not be able to attend so what!
Person 10 – Please let me know what I can do to support you!! Anything and everything, just name it! But not for the next two weeks as I will be busy. Last two weeks I could not communicate with you as my doggy was puking intermittently!
Person 11 – He travels back from the USA in the afternoon, and next day 10 am he is there to meet his unwell friend in another city just to hold hands!!
Person 12 – He comes to meet and becomes extremely emotional! He is not known to be this type.

The list could go on, but I thought I will share only some of the comments with you.

Have a great day!