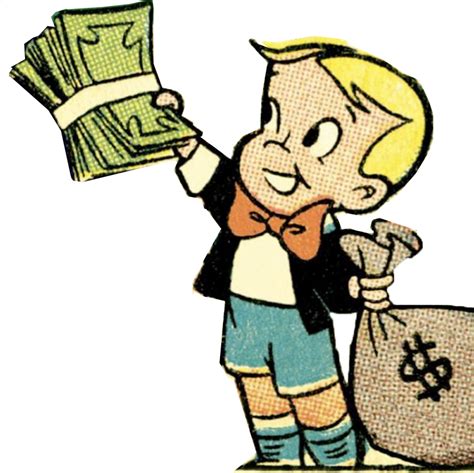 Richie Rich! This is my favourite comic character, in fact I still read these comics when I get a chance to read them. This kid is from a rich family and has everything that one may dream of. I used to wonder, how hard his family must have worked to reach this stage. Even today I dream of becoming Richie Rich but now there appear to be simpler ways than working hard, slogging all through life!

Nirav Modi has shown us the way of doing these things. This Modus Operandi had started with Harshad Mehta when he got a bogus Rs.200/ crores fixed deposit certificate. This was done in connivance with some bank official from Bank of Karad. The original FD certificate was for Rs.2/ crore and was conveniently changed the certificate to Rs.200/ crores. Using this fictitious certificate Mehta borrowed money from institutions, and rest as they say is history. When you borrow money against a Bank Deposit, it is assumed to be correct one in all respects and loan is simply given against the most liquid asset. Bank of Karad later went into liquidation. Why work  hard when you can cheat? A little jail term and some bad name is ok as long thousands of crores are available to you.

What we all have seen is that real money is created over a period a few generations of consistent efforts and hard work, sometimes a bit of luck also plays part. But during last 50 years, share markets, and IT companies with their very high  valuations and hence their skyrocketing share prices, have created billionaires. But in share markets real billionaires are far and in between. Not like those from IT industry. Classic case is Jeff Bezos, founder of Amazon. Even after 25 years in business, Amazon is constantly in loss, but keeps on doing business, gives deep discounts on products, Bezos is currently the richest person in the world. Some years back he bought iconic Washington Post for US $ 250 million , in all cash deal. These people have huge personal wealth, they have money to pump in business continuously, but their companies are loss making all the time! But at least they are not cheating banks and you and me!

In normal course, non- IT businesses do become bankrupt, fail but in IT industry failed companies on your CV make you special! Venture Capitalists pump more money in your next  ventures. Cheating happened to some extent, like in case of Enron. There are normal cheats but those of the size of Mallya’s and Modi’s were not many. There was a classic case of Chrysler corporation, who were given special loan by US Government. After a couple of years, this loan was repaid! The Chairman, Lee Iacocca at that time made a famous statement. “We borrow the money the old way, we repay it!” This one statement explained the way the business is done, world over, including India !

But with Modi’s and Mallya’s of this world, things are different. In recent years, there is a big list of people, from different sectors of industry like, power, construction and steel. These companies were given such huge loans that they have sucked the banks in trouble because they are all on the verge of bankruptcy. The beauty of current law in India is that the personal assets of the defaulting promoters cannot be attached. So, most are enjoying life as if nothing has happened.  A bankrupt company’s assets were being auctioned. The original promoters had failed to repay Rs.800/ crore. Original promoters took part in the auction and bought the same assets back at Rs.50/ crores; due to declaration of bankruptcy Rs.800/ crores went into thin air! A law was recently modified to stop people from cheating further.

In case of Modi, fraudulent LOU (Letter of undertaking) were issued by Punjab National Bank. Officers from the Bank issued these without any guarantees. This issue came up in January as the suspect officer had retired and when Modi needed fresh LOU’s, the new officer asked for guarantees. Modi’s people said that they had never given any guarantees before. Why they are being asked now? The whole Pandora’s box opened!

There are many checks and balances in the system but those who are supposed to check, break the rules, how to stop such frauds? It seems that the sizes of fraud are increasing in proportion to inflation and lifestyle. With whatever wealth they had,  before fraud, both Modi and Mallya could easily have lived with whatever lifestyle they wanted! But why do something fraudulent? What is enough money? It comes to basic question; how much land does a man need? What does one do with tens of thousands of crores of Rupees? There is a reverse trend started by Bill Gates who is encouraging the superrich to donate their assets because those assets by remaining under control of an individual or organization, remain idle. If these are donated and correctly used, world will be a better place to live.

In case of Modi he has been living in Europe most of the times, in case of Mallya also it is the same! At least at present they are lucky otherwise, when and if they are brought back to India, they will meet the same fate as Sahara Chief, Unitech boss, Jaypee team and now probably D S Kulkarni. What is the thinking of these people? All these people had done reasonably well in life, till they started doing wrong things. What were they trying to achieve? To become biggest in their field? These four groups have cheated individuals like you and me! Many of us have taken loans to buy flats, many have given life’s savings as FD’s after retirement!  Now there is no way for any new infusion of funds; income for these retired people have stopped, and capital is locked!

Let us hope that government of India, irrespective of party in power, continues the good work they are doing. They are ably supported by our courts by giving strongest possible indictment for bad deeds of the suave looking bad guys! But in discussions with some friends, I found that some people have sympathy for the these fraudulent people! They felt that it is just bad luck in their business cycle and people should support such business people. If you are supposed to be doing Rs.10,000/ crores of projects, and cannot raise Rs.50/ crores to repay depositors money, you do not deserve sympathy, they deserve law to take over and may free stay in Tihar jail or jail of your choice!